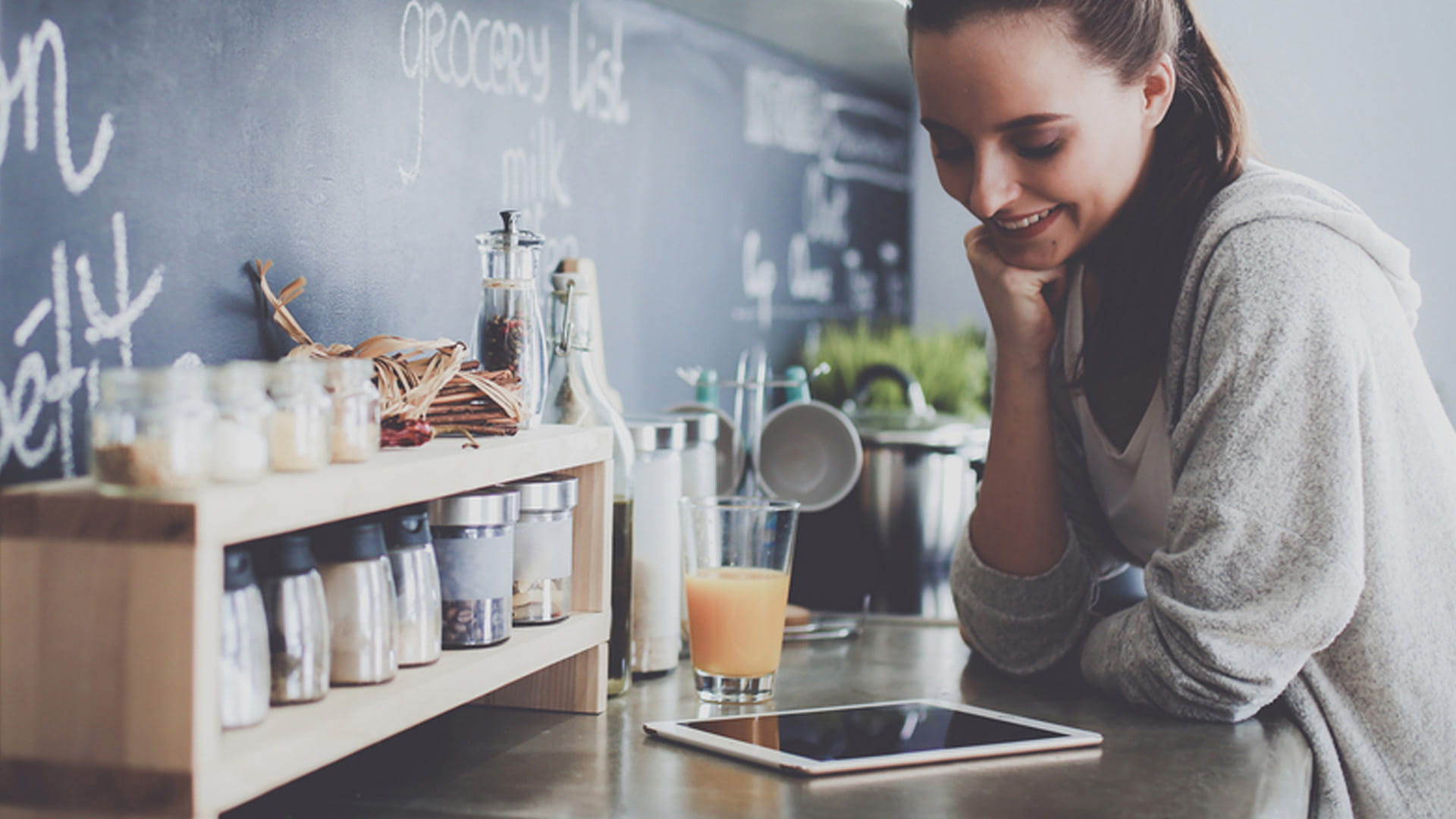 Do you speak chef? From "al dente" to "zest", we can help you with the As-to-Zs of cooking and baking. Take a look below and you'll be fluent in no time. Bon appetit!

To cook pasta until the noodles are firm. (Some would say this is the only way to cook pasta!)

A method of cooking food in a conventional oven using prolonged, dry heat. Note: if you are using a convection oven, cooking or baking time is often reduced.

Adding flavor to food by moistening it, basting also helps to prevent food from becoming dry.

An uncooked mix typically made of dry and liquid ingredients that can be poured into a pan.

Rapidly stirring a mixture of ingredients until smooth, often using a whisk, electric mixer or spoon.

Combining multiple ingredients using a whisk, spoon, or machine like a blender.

To heat water until bubbling and scolding hot.

To cook on a rack in an oven directly under heat.

To quickly submerge an item in boiling water, before immediately either placing it in an ice bath or under running cold water to halt the cooking process.

A two-step cooking method that first sears the food at high temperature, then finishes it in a covered pot at a low temperature with a small amount of liquid.

To cut food, usually meat, fish, or poultry, evenly down the center but not completely through. The two halves are then opened flat and grilled, sautéed or stuffed and rolled to be roasted.

To heat an ingredient until it begins to turn golden, often also producing a small syrup.

To cut food into small pieces.

To blend or mix ingredients together.

Let ingredient or cooked food sit to reduce its temperature, either at room temperature or in the fridge.

To remove seeds and tougher material from the centre of vegetables and fruits.

To beat dry and wet ingredients together until they form a light, airy mixture.

To cut food into small cubes.

When a liquid ingredient like milk, begins to separate after being overheated or introduced to an acidic ingredient (e.g. lemon juice).

Working a fat or shortening into dry ingredients. This is often done with a tool known as a pastry cutter, but quite literally cutting the mixture with two knives in opposite directions works just as well.

To dissolve the glaze and browned food particles created when food is fried, sautéed or roasted into a sauce by adding a liquid and stirring over high heat.

To mix in a dry ingredient into a liquid until the solid ingredients have disappeared.

To pour a liquid ingredient over food in a thin stream, often in effort to create a zigzag design.

Ingredients like flour, baking powder, and sugar that are dry in nature.

To lightly coat items such as cakes and pastries with confectioners’ sugar or cocoa.

To coat an item that’s about to be fried or sautéed in a layer of flour, bread crumbs, or cornmeal.

To debone meat, poultry or fish.

A piece of boneless meat, poultry or fish.

A surface or countertop that has been lightly dusted with flour (often using a sieve) to stop dough from sticking to it when pressed upon it.

Often needed when combining light ingredients with a heavier mixture, folding uses a tool like a rubber spatula or wooden spoon to gently mix the ingredients into themselves.

To break into small pieces.

To apply flames to an ingredient.

To apply mixtures like jams and sauces to a food, resulting in a glossy sheen.

To reduce the size of a piece of food into a crumb-like size by rubbing it against a serrated surface (often, a grater).

Preventing food from sticking to a dish or pan by rubbing its interior with margarine or oil.

To cook food over direct heat, often on a rack in the oven or an outside barbeque.

To break ingredients up until in small pieces or powder form.

To cover a cake with frosting.

To cut food into long thin strips, similar in size and shape to matchsticks.

To work dough through with your hands by pressing firmly into it.

Soaking food (typically protein) in a flavoured liquid until it takes on its flavor.

To heat an ingredient until it achieves liquid form.

To combine multiple ingredients together until they become one.

To line a tin or baking sheet with a protective layer, such as parchment paper, wax paper, or foil. If the overhang is given a length, it refers to the distance the paper extends from the tin.

To firmly press an ingredient into a measure. Try filling the measure before pressing it down gently with the back of a spoon.

To remove the outer layer of a vegetable or fruit with a knife or peeler.

The small amount of a substance you can hold between thumb and finger.

To gently cook in a liquid at a temperature just below boiling point.

To tenderize meat by hitting it with a heavy kitchen utensil.

To heat an oven until the desired temperature is reached.

Process of cooking food in a sealed pot which builds up high steam pressure inside, resulting in faster cook times.

To boil a liquid down to a smaller volume, typically with a thicker consistency and more concentrated flavour than its former state.

To cook using the dry heat of an oven.

To heat a liquid in a pot until bubbles burst at the surface.

To cut lines or slits into a piece of food.

To cut into slim but long pieces.

To pass a fine, powdered ingredient through a sieve to incorporate air and rid it of any lumps.

To cook in liquid just below the boiling point, where small bubbles appear on the surface of the water.

Method of cooking foods under low heat for a long period of time, resulting in more tender textures, especially in tougher cuts of meat.

To cook using the moisture evaporating from boiling hot water without ever actually placing the food into the liquid.

To mix in a circular motion with a spoon.

To quickly stir bite-sized pieces of food into small amount of oil in a wok, frying pan or skillet over high heat.

Cooking method in which vacuum-sealed food is immersed in a water bath and cooked at a very precise, consistent temperature, resulting in more tender, flavourful food.

Ingredients like eggs and milk that are wet in nature and often mixed together before being combined with dry ingredients.

Incorporating air and volume within a food by rapidly mixing it with a whisk or handheld mixer.

To beat ingredients (often wet) with a fork or whisk to mix them together with the air.

The outer part of a citrus fruit, such as lemons. Sometimes referred to as "grated peel".